I’ve decided to do yet another section on my blog (I’m a chaotic mess, I know). This section will be dedicated to some of the weird niche things I’ve learned about while researching projects. Especially those topics which, after researching them, I discovered virtually every piece of mass media portrays horrifically wrong, and which I can no longer enjoy because the lack of research is so obvious.

First up in “niche topics I now actually know a tiny bit about” is that torturous, breath stealing garment, standby of historical female oppression, the corset. 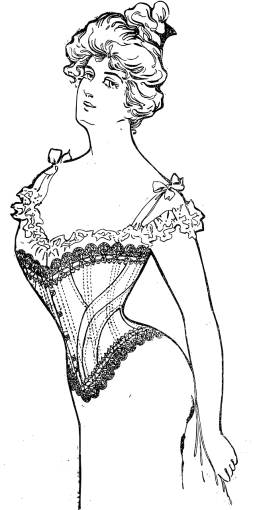 We’ve all heard about corsets. They were designed specifically to cinch in women’s waists to impossibly small measures, while causing the wearer excruciating pain and crushing all her internal organs and bones. They were nearly impossible to move or breath in, what with all that hard boning holding her in a vice grip. They were elaborately constructed devices requiring one to three maids to get her laced up. Of course, only high society ladies who sat about on chaises all day and kept up with the latest fashions wore corsets.  Working women didn’t subject themselves to such torment and found some much more practical undergarment to wear, surely! So, what did they wear?

Corsets. That’s right, nearly every one of those maids, serving girls, house keepers, cooks, washer women, and farmer’s wives wore corsets. They also did hard physical labor, required good range of motion, and needed unobstructed breathing. And they wore corsets. How was that possible? Because corsets, like every other type of clothing ever invented, can be incredibly comfortable or horrifically unbearable depending on the wearer and how the garment is worn.

If someone develops foot pain and blisters after putting on a brand new pair of hiking boots and trying to hike the Appalachian Trail, do they decide all shoes must be torture devices and go barefoot the rest of their life? No. They realize they wore the boots all wrong and either keep going because they’re stubborn enough to endure the discomfort, or they stop and take some time to break in the boots correctly before trying a hike again. Corsets work on the exact same principle, yet we modern folk love to perpetrate the myth that the ills of corsetry are universal, and therefore we should all be glad we can just go barefoot, instead of being forced into these horrible contraptions like our poor ancestors.

And thus my pet peeve begins. An obscenely large number of movies, shows, and books gleefully abide by this stereotype. I once happily believed everything modern society told me about corsetry, but unfortunately for my ability to enjoy these media, I’ve now done slightly too much research into turn of the 19th century clothing. With only a few days of research, one can unearth legions of dress historians and historical costumers that are happy to expound at length about how clothing, especially corsetry, really worked back in the day.

So, are any of our modern myths based in fact?

False. In high society circles, there were women who were willing to endure some discomfort to achieve that perfect, fashionably tiny waist. But even within high society, not every woman felt the need to tight lace or waist cinch. Unlike in modern days, when many people undergo severe dieting, strenuous exercise routines, and/or plastic surgery to achieve the socially acceptable bikini body (an entire other kettle of fish), women of older eras didn’t necessarily have to do any of that to achieve a socially “perfect” body. The convenient part of clothing that covered a lot more than a bikini was that you could give yourself the current fashionable silhouette without changing a single part of your natural form. Don’t have enough bosom or hips to get that fashionable hourglass shape? You’re wearing a shaped, boned corset around your torso. Instead of cinching in your waist, you can just stuff some padding in those areas that don’t fill out your corset as they should, and voilà; you now have a perfect silhouette! Add in the blouses and skirts that were also cut to accentuate the bosom and hips while smoothing down the waist, and unless someone puts a tape measure around you, they’ll never guess your waist is more than two hand spans wide.

False. A tight laced corset is harder to breath in, but if you learn to breathe from your chest, rather than your belly, it doesn’t affect your oxygenation that much. Certainly, the vast number of Fainting Victorian Ladies one runs across is an exaggeration of fiction, as even tight laced ladies didn’t spend that much time collapsing onto nearby couches. (Or at least, corsets weren’t that often the cause of such dramatics.) Historical corsets tended to come higher up the rib cage than the modern underbust corsets that are popular with present day waist trainers and tight lacers, but they weren’t responsible for that many fainting spells. (Those should be blamed on anxiety disorders, which are known to cause fainting even today.)

False. As tight lacers today will tell you, if you tight lace properly you won’t damage any of your internal bodily structures. The extreme shape of the waist produced by tight lacing can cause organs and even the lower ribs to shift, but then the same thing happens during pregnancy. If you don’t tight lace, the corset will be worn snug against your waist but won’t cause any major changes in your body, because it’s not tight enough to compress your body’s shape. (The exception to this would be if you have a fat layer around the waist, which most humans naturally do. A snugly worn corset can shift and compress this layer without causing discomfort or altering any internal structures such as ribs and organs.) In fact, a well seasoned overbust corset worn snug can have enough flexibility to expand just from the pressure of taking a large breath.

Corsets are impossible to put on alone.

False. Most of the time you see women being corseted by their maids, which more or less makes sense considering most of the women in question are upper class. However, I have run across stories that state outright a maid is required to lace up a corset, which is just…I genuinely can’t figure out where this idea came from. There are different styles and types of corsets, assuredly, but I have not seen a single one that could not be laced by oneself. Do we believe this simply because we’ve never seen a corset-lacing scene without a maid involved? Or do we think it’s impossible because many (though not all) corsets lace up the back? The former, I suppose, is understandable. The latter is, quite frankly, ridiculous. There are plenty of modern clothes that zip, button, and yes, lace up the back, but do most people require help getting into those outfits? No. Anyone with full range of motion in their arms can reach around their back and tie a set of laces. Yet somehow, I frequently run across able-bodied characters bemoaning how literally impossible it is for them to lace up a corset themselves. Perhaps because this myth is the furthest removed from any sort of fact, it is also the one I find most irritating.

Corsets are worn directly against the skin.

False. This isn’t as prevalent a myth as the others, but it’s still common enough to run across, especially when ill informed modern day people try to wear corsets. Historically, a layer was always worn between the skin and the corset, hence the prevalence of shifts, chemises, and combinations back in the day. (I don’t care how great the “sex appeal” is, historical movie makers. Get thee a shift!) First off, historical and many modern corsets are not designed to be regularly thrown in the wash. Therefore, the corset is worn on top of an undergarment so that it is protected from scents, sweat, and oils in the skin. Secondly, wearing any snug, boned garment directly on the skin could be quite uncomfortable, and would likely leave unsightly marks on the skin once removed. Even with an underlayer, the boning channels in a corset can leave marks on the skin, but they are faint (no worse than, say, a slouch line from bad posture) and fade quickly. Nowadays, many frequent wearers of corsets will wear corset liners that don’t show above the top edge of the corset, thus giving the illusion of a corset worn directly against the body for that modernly fashionable sexy effect.

So, if corsets aren’t all of those things, what are they? Why did women bother wearing them? What’s the point? 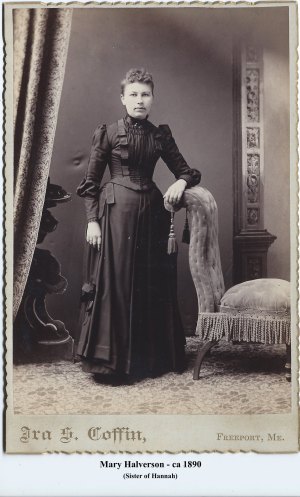 Corsets, and stays before them, had a trifold purpose. First, they gave one the fashionable silhouette of the era, as I briefly described above. Second, they supported and protected the bust, much as modern bras do, only without putting all the weight of the bosom on the shoulders and a single tight elastic strap around the ribcage. Instead, corsets distributed the weight of the bosom along the torso and hips, with added support from the boning in the corset itself. Third, corsets provided back and posture support, something which actually made them an important garment for working class women.

Of course, if you were tight laced into an ill-fitting and/or unseasoned corset and tried to do ten hours of physical work in it, you would be excruciatingly uncomfortable. A correctly fitted corset, even brand new, can be relatively comfortable, although as far as flexibility goes it can feel a bit like being in a steel cage until the corset relaxes and forms to your body. Once it has been properly broken in (or seasoned), a well fitting corset can be both comfortable and surprisingly flexible, while still giving you support in the back and bosom.

And finally, to all those probably wondering, I did take my research to a personal level. I’ve worn a corset nearly every day for four months, and have yet to fall faint from lack of breath, develop crushed internal organs, or require a maid to lace me up. My main purpose in getting a corset was for the first hand research, but it has also helped correct my chronically bad posture, mollified some anxiety related issues, plus given me a fashionably hourglass figure (that’s still fashionable these days, right?).

That’s not to say everyone will experience corsets the same way–I’m pretty sure there’s no such thing as a “universal experience” in anything–but that’s how corsetry has personally affected me. As for our poor corseted ancestors, most probably would have found it strange not to wear a corset, since they began wearing corsets at a young age and were used to having a close fitted garment around their torso, unlike us modern humans who are used to our only tight clothing being some form of ultra stretchy elastic.

For those interested, further information and sources are thus:

(Yes, I know these are all videos. I promise they also all have sources in the descriptions.)

Photos sourced from Pixabay, Unsplash, movie photos screenshotted by me.